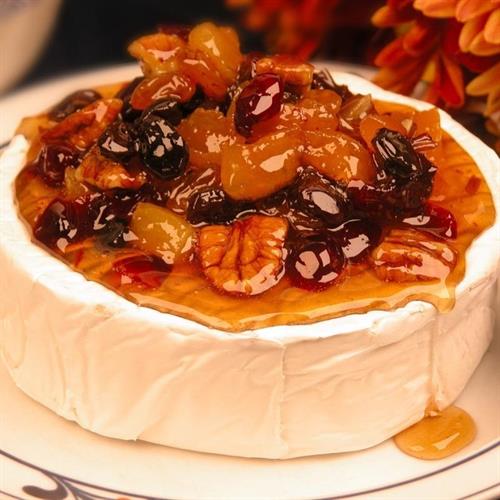 Fruit, rum and a spike of heat, served over a wheel of creamy Brie.

Combine corn syrup, fruit, pecans, rum, cinnamon and cayenne in a medium saucepan over medium heat.  Cook for 2 to 3 minutes, just until mixture comes to a full boil.  Remove from heat and add vanilla.

Cool 10 minutes and drizzle over Brie.  Or, refrigerate glaze until ready to use and reheat just until lukewarm.  Serve with crackers or toasted French bread.